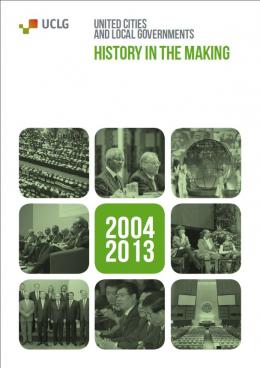 The nine year anniversary of United Cities and Local Governments coincides with the Centenary of the International Municipal Movement. Not only is UCLG the inheritor of this movement that started 100 years ago, it is also the broadest organization representing the interests of local and regional governments on the international scene. To celebrate this, we have decided to recall the events since the creation of UCLG in 2004, retracing our achievements in a timeline.

In 2004, the Founding Congress in Paris gathered the largest congregation to date of mayors, councillors and elected representatives of cities and local and regional governments who gathered together to create the global organization United Cities and Local Governments with the aim of representing and defending the interests of local governments on the global sphere.

Since its creation, UCLG has made a number of achievements towards this goal that have allowed our organization to become stronger and develop links with our partners and local, regional and international networks to reinforce our voice at international level and before the United Nations. Owing to the work of UCLG, towns, cities and regions continue to unite forces to reassert their positions and proposals while, at the same time, gaining recognition in international negotiations and playing a decisive role in the definition of the United Nations development agenda.

This publication seeks to offer members and partners of UCLG the opportunity to look back over the recent history of our organization over the past 9 years and to reflect on all that work that has been accomplished. The values of solidarity, peace and learning have been the motors of the municipal movement since its beginning in 1913, they continue to fuel the existence and development of our world organization today. Faced with the new challenges today by local and regional authorities, these values must now more than ever be at the heart of our movement.

To celebrate the centenary of our movement and nine years of our organization, UCLG invites its partners to come together to define the roadmap for local and regional governments for the coming years and the next step of the international municipal movement during our World Summit of Local and Regional Leaders in Rabat (1-4 October 2013). 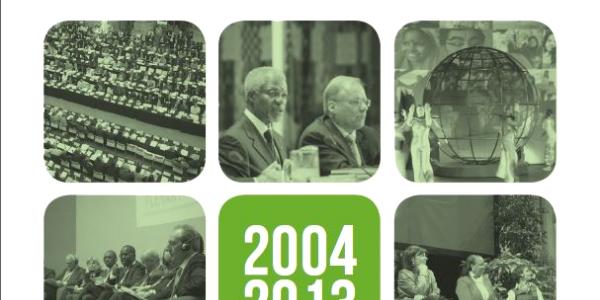