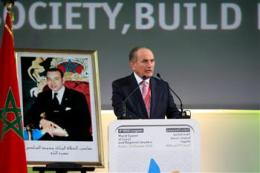 Istanbul Mayor Kadir Topbaş has been reelected Oct. 4 to the Presidency of United Cities and Local Governments (UCLG) during the triennial congress in Morocco’s capital Rabat, gathering more than 3,000 delegates from cities and towns across the world.

Kadir Topbaş, who was the only candidate for his own succession, will continue to chair the umbrella of municipal associations until 2013 while uncertainty on whether he will represent once again the ruling Justice and Development Party (AKP) during the upcoming March 2014 local elections still lingers.

Topbaş said that he was honored on behalf of his city and his country to be granted a second mandate from UCLG. “I was pursuing the tenure of UCLG President for three years with the sense of maintaining Turkey at the top in every field. I was elected for the first time during the election process in Mexico in 2010. This time, I have obtained the mandate without facing any rival,” Topbaş said.

Many names, including EU Minister Egemen Bağış and Transport and Communication Minister Binali Yıldırım, have been suggested as potential candidates to run for Istanbul Municipality during the local elections. However, Topbaş has repeatedly hinted that he would like to present himself for a third successive tenure.

Prime Minister Recep Tayyip Erdoğan said that he personally had a name for the AKP’s Istanbul mayor candidate during a live television interview on Oct. 3, without revealing the identity. Erdoğan also emphasized that the candidate-to-be would be determined by the party’s internal public polls.

Topbaş argued that his reelection as UCLG president was proof of Istanbul’s development in recent years. “We can say that the pulse of the local governments in the world has beaten here [in Rabat]. We held meetings for Istanbul with the mayors of important cities [of the world]. We’re seeing that Istanbul is the city that attracts attention of the world the most with its development during the last years,” Topbaş said.

UCLG was founded in 2004 with the merging of several global networks of cities. Over 1,000 cities from 120 countries are direct members of the organization. 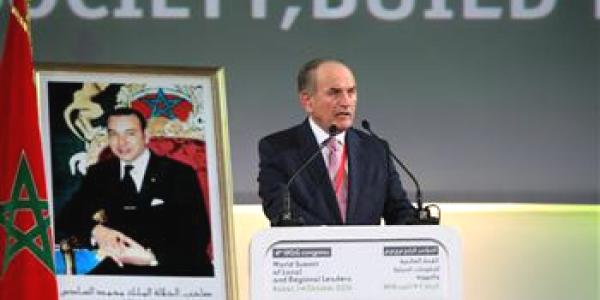