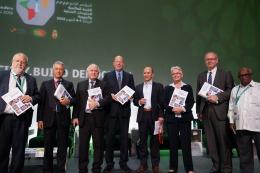 Rabat, 3 October 2013:The third report of the Global Observatory of Local Democracy and Decentralization (GOLD III) was warmly received by participants on the occasion of its launch at the World Summit of Local and Regional Leaders in Rabat. This report details the provision of public local services and is in-line with the UCLG objective to present every three years a report on the state of local and regional democracy and of decentralisation throughout the world.

The GOLD initiative is central to the achievement of one of the main strategic objectives of UCLG: to be a reference for information and knowledge on the situation of local and regional governments, local democracy, and decentralization across the world.

Following on from the success of GOLD I (2008) and GOLD II (2011), the recommendations presented in GOLD III will strengthen the voice of local and regional governments in international debates on the Millennium Development Goals (MDGs), the Post-2015 Development Agenda and the new Habitat III Urban Agenda.

The 3rd World Report was launched during a UCLG congress session. The President of the Diputación of Barcelona (Spain), Salvador Esteve, who presided over the ceremonie, affimed that, in a changing world, “The GOLD report demonstrates the close relationship between fostering wellbeing and local governments”. Esteve added that the report examines the way of building, “a future in which everyone can live in dignity, in a prosperous, society that is respectful of sustainability. In view of this, it is necessary to have essential services for all (...).

The report examines the basic services that are essential to quality of life and human dignity and highlights a worrying deterioration in access to basic services in cities in sub-Saharan Africa and South Asia. It also explores the challenges faced by local authorities in ensuring universal access to basic services to the world’s billion urban slum-dwellers, as well as to the 5 billion people who will inhabit the world’s cities within the next thirty years at a time when we are unable to meet the needs of the almost one million inhabitants in precarious neighbourhoods that have limited access to these services. Jockin Arputham, President of Slum Dwellers International (SDI), and President of National Slum Dwellers Indian Federation highlighted that everyone, local governments and citizens, must work together to achieve better results.ç

The report calls for dialogue between States, international organizations and local and regional governments in order to make universal access to basic services and investment in infrastructure a priority in order to reduce poverty and inequalities.The Deputy Mayor of Houdan and former Secretary General of the United Towns Organization, Jean Marie Tétart, praised the unique contribution of GOLD III to the international development debates: “for many years now, the developments agendas of the United Nations and bilateral cooperations stated that local authorities were at the heart of development, and this development also means access to services, as the GOLD III report has just confirmed”.

A debate on the content and the conclusions of the report followed the launch ceremony during which participants unanimously agreed that, despite the large variety of ways in which basic services are provided across the world, local governments, by working within a framework of multi-level governance, play an essential role in improving service access and quality. Greg Moore, President of Metro Vancouver, Canada highlighted that “the GOLD III report is an excellent document from which we can learn from other governments”. Participants also emphasized that taking local governments into consideration is necessary but not entirely sufficient for the creation of sustainable, quality basic services.

In conclusions, Miguel Lifschitz added that, “this report has launched an interesting debate on the role of local governments, not only in terms of meeting the needs of citizens but also on the achievement of future projects and the construction of democracies with greater citizen participation”.

The report will be published in 2014 on the eve of the date set by the international community for the achievement of the United Nations Millennium Development Goals.

Read Executive Summary of the Report. 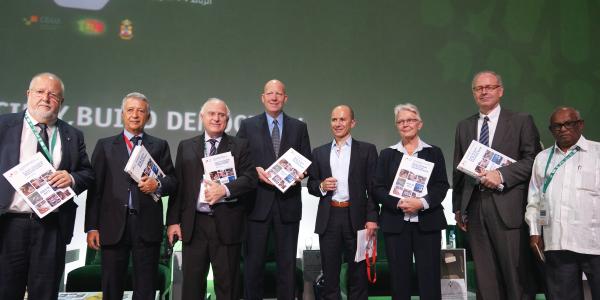