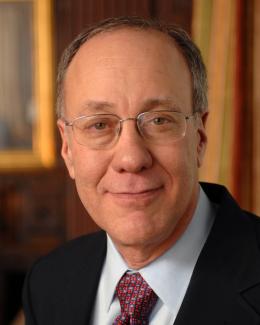 by Roger B. Myerson

Successful democracy requires more than just elections.  For democracy to be effective, voters must have a choice among qualified candidates with proven records of public service who have developed good reputations for exercising power responsibly in elected office.  When such trusted leadership is lacking, democracy is inevitably fragile.  This essential supply of trusted democratic leadership can develop best in responsible institutions of local government, where successful local leaders can prove their qualifications to become strong competitive candidates for higher office.  When locally elected leaders have full responsibility for both the successes and failures of their local administration, then those who succeed will enlarge the nation's supply of popularly trusted leaders.

We must recognize, however, that new competition from popular local leaders may often be against the vested interests of established incumbent national leaders.  In a centralized state where governors and mayors are appointed by the national leader, these positions may be among the most valued rewards that a leader can offer to loyal supporters.  Then what leader could afford to disappoint his or her supporters by letting such valuable positions be given away by local voters instead?  It is not surprising that national leaders have often chosen to retain centralized control of local government, even when political decentralization could strengthen their country's democratic system.

For example, consider the recent political changes in Egypt.  If the transition to democracy there had started with local elections, many factions would have gotten opportunities to start building reputations for responsible democratic leadership in different areas.  But in a presidential election, only one candidate can win the prize of centralized national power.  Like Egypt's old 1971 constitution, its recent 2012 constitution promised to transfer authority to locally elected councils, but only gradually, after a delay of some years that would allow current national leaders to retain power over local government.[ii]  Such centralization might have seemed convenient for the short-term interests of national leaders, but it leftEgypt's new democracy perilously vulnerable to fears of another autocracy.  Empowerment of trusted local leadership throughout the country could have reduced such fears.  It is unfortunate that UCLG's message about the vital importance of local democracy was not widely heard among the voices of the Arab Spring.

Excessive centralization can also harm economic development.  People in poor communities can build and maintain roads and schools and other local public goods that are essential for economic development, but they can accomplish this only when their efforts are coordinated by local leaders whom they trust.  Such trust can be expected only from leaders whose authority is based in local politics.  Local officials whose positions depend on national political patronage are inevitably less concerned about developing trust among the residents of a small poor community.

A constitutional system with democratic local government can become politically stable once it is established.  When governors and mayors are locally elected, they become local power-brokers from whom national politicians must regularly seek support in their competition for national power, and so it then would be very costly for any national leader to threaten the constitutional powers of these elected local officials.  Thus, a transition to a decentralized democratic system, once achieved, can be self-sustaining.

What can the international community do to encourage the growth of local democracy throughout the world?  Most importantly, when leaders of a nation promise their people a transition to democracy, global voices for democracy should help to assure that people do not ignore the potential value of including some decentralized local democracy in such a transition from the start.

UCLG can have a major impact by disseminating information about democratic local governments in its Global Observatory of Local Democracy (GOLD).  Academic research in comparative politics has often neglected local government simply because political scientists found it difficult to gather detailed information about local political systems in many countries.  The work of UCLG GOLD in providing a comprehensive data set about democratic local governments (including their electoral systems, comparative budgetary responsibilities, and dates of major local-government reforms) may be the best way to promote academic research that will increase understanding in this area.  Then academic political scientists can train the next generation of public officials to better appreciate the value of local democracy.

With broader understanding of the benefits of democratic local government, we can truly imagine a world in which people everywhere can trust their local and national leaders to provide the public goods and services that are essential for the welfare and prosperity of their communities.

[i] This paper is prepared for presentation in a panel on "Imagine Society, Build Democracy" at the 2013 World Congress of United Cities and Local Governments.

[ii] See Article 162 in the 1971 constitution and Article 235 in the 2012 constitution.  In English translations of both documents, the word "gradual" is used to describe the promised devolution of power to locally elected councils.

This paper is available at 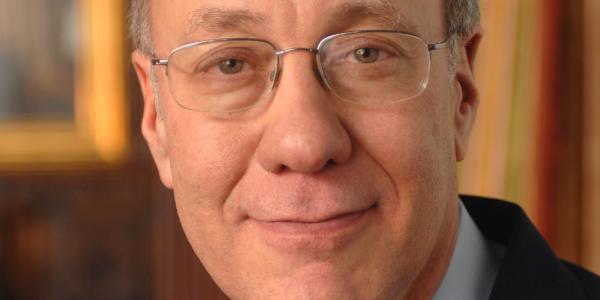