United Cities and Local Governments (UCLG) will celebrate, along with the international community, the International day of Democracy taking place just two weeks before the World Summit of Local and Regional Leaders. As representative body of self-governing and democratic local and regional governments, UCLG seeks to increase the role of these institutions situated closest to citizens in the construction of Democracy.

In the framework of today’s celebration to “Reinforce the voices of Democracy”, UCLG is inviting the international community and its members and partners to “Imagine Society, Build Democracy" during the Second World Summit of Local and Regional Leaders and 4th UCLG Congress that will address this topic in Rabat, Morocco, from the 1st to the 4th of October.

After one hundred years of the International Municipal Movement, this Summit will be a turning point in re-affirming the agenda of cities in the 21st century, building and reinforcing Democracy with the involvement of local and regional authorities in the work that has been initiated on the future of the Millennium Development Goals (MDGs) post 2015 and on the definition of the new global urban agenda in the framework of Habitat III, in 2016.

Local Democracy is vital for democratic development. In the words of Roger B. Myerson, winner of the Nobel prize for Economy: “It is not enough to concentrate exclusively on national leaders; local leadership is essential. The economic Investments depend on local security and other public services depend on local government agents.” Myerson will participate in the Summit, together with other renowned speakers and over 3,000 local, regional, national and international political figures from over 100 countries as well as the international organizations, civil society partners and the public and private sectors.

The Summit will feature debates on how to foster wellbeing, managing diversity, new governance and the dynamics of change and solidarity among territories. The conclusions from the debates and plenaries in Rabat will be decisive in defining the shared position of local and regional level governments before their citizens and the rest of the international community. 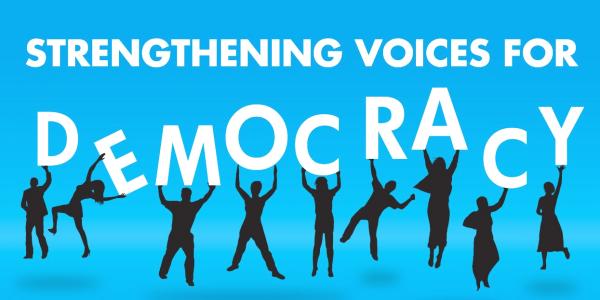