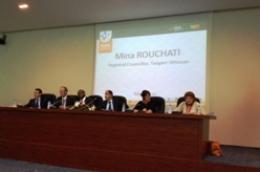 In a special session organized by the  International Labour Organization (ILO) at the UCLG Congress in Rabat, leaders applied their minds to the challenge of how to stimulate the local economy. Chaired by the ILO, an international panel was given an opportunity to share their insights and thoughts. The Secretary General of the Economic, Social and Environmental Council in Morocco, made the case for sharing good practices in order to fight poverty and build social cohesion. This theme was built on by the Mayor of Durban, James Nxumalo who spoke about an innovative an progressive Maputo-Durban learning exchange that helped enhance the capacity of informal traders through sharing good practice.

The Secretary General of the Public Services International (PSI) which organizes the workers in the public service, representing 20 million workers, again reiterated this theme of learning and sharing. She made the point that whilst public private partnerships are often focuses on, public-public partnerships in the global south Is critical. She also argued that the future is NOW... and that we need to focus on young people today as a strategic intervention. Fighting corruption and ensuring that government is more transparent are also key considerations that she urged all to think about.

The former mayor of Stuttgardt, and President of the Council of European Municipalities and Regions (CCRE/CEMR) made an interesting point that the biggest employers in cities are actually municipalities and we need to think about what this means for us. He put on the table the challenge of debating whether cities should continue pursuing a neoliberal agenda or begins to promote a more socially responsible agenda. He argued however that the private sector needs to be seen as a partner and work together to achieve the goals of developing knowledge based economy, given the environmental sustainability challenges. In drawing on the experiences of the city of Stuttgardt, which has more jobs than young people, He also made the argument that city leaders need to focus on youth.

Rethinking sustainable  territorial development, rather than the focus on urban versus rural was the key theme that emerged from the head of the Local Authorities and Urban Development of the French Agency for Development (AFD). He introduced the fourth pillar to sustainability, that of good governance, as an area that city leaders need to seriously apply their energy to.

Each of these inputs was followed by a short but invigorating discussion. 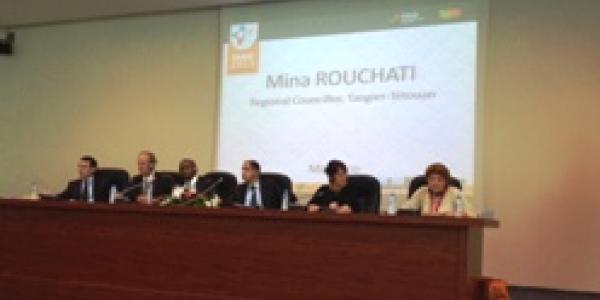