Source: Morocco on the move

* “We have set out to introduce far-reaching reforms in Morocco and have, in particular, enshrined advanced regionalization in the Constitution… Morocco has also put forth a bold initiative to grant autonomous rule to the country’s southern provinces, and thus enable the region’s inhabitants to manage their local affairs democratically, within the framework of the Kingdom’s unity and its sovereignty.” *

Maghreb Arab Press (Rabat, Morocco, October 2, 2013) —  HM King Mohammed VI sent a message to participants in the 4th Congress of the United Cities and Local Governments (UCLG) which is scheduled on October 1-4.

Here follows the full text of the King’s message:

“Praise be to God May peace and blessings be upon the Prophet, His Kith and Kin

We are delighted this important meeting is being held in Africa for the first time, and more precisely in the capital of the Kingdom of Morocco. I should like to extend a warm welcome to the distinguished participants — government officials, representatives of local and regional authorities, international organizations and financial institutions, economic stakeholders and civil society representatives, who will reflect on issues relating to development and local democracy in an environment marked by international crises.

The convening of this Congress, to which I have granted my patronage, coincides with the Centenary of the International Municipal Movement, in which Morocco takes a keen interest, as well as with the 56th anniversary of the United Towns Organization. We pride ourselves on the fact that Moroccan local authorities were among the first to join and support the Organization.

I commend United Cities and Local Governments on the role it has been playing at the international level, thanks to the praiseworthy efforts of the officials in charge of this organization. UCLG has become a platform for the exchange of views and experiences, the aim being to promote decentralization and foster the ideals of democracy, solidarity, dialogue, coexistence and tolerance.

The positive results achieved by the previous World Congress of United Cities and Local Governments, held in Mexico City in 2010, clearly show that UCLG officials are fully aware not only of the necessity for local authorities to always be fully prepared, but also of the need for them to broaden their expertise in order to ensure capacity building, overcome obstacles and rise to the various challenges facing them.

The convening of this Congress in Morocco will serve as a great incentive for elected local authorities in my country. They will surely benefit from the experiences of leading countries in the field of decentralization and draw inspiration from approaches and strategies that can improve governance, taking local conditions and circumstances into account.

I commend your choice of theme for this congress, namely “Imagine society, Build democracy,” which provides a good platform for discussion and for a fruitful exchange of views. I hope this event will be an opportunity to come up with appropriate answers to the current problems and pressing issues facing governments, elected officials and the various stakeholders concerned when it comes to improving the quality of life of citizens, ensuring access to basic services and keeping pace with major changes in the Mediterranean region, especially with respect to good governance.

Promoting economic development, boosting investment in human resource development, strengthening solidarity among local and regional governments, adopting innovative approaches to address diversity at the local level and controlling future urban growth are pressing concerns that must be tackled at a time when the world is facing successive, major economic and social changes, of which the current economic and financial crisis is a salient feature. Central governments and regional and local authorities are therefore called upon to join efforts in order to overcome the adverse consequences of the current crisis.

In this respect, we have set out to introduce far-reaching reforms in Morocco and have, in particular, enshrined advanced regionalization in the Constitution. The aim is to set up an integrated governance system that sets the stage for a new phase for the promotion of local democracy and the consolidation of local councils and institutions as key partners of the state and the private sector in the management of development issues.

Morocco has also put forth a bold initiative to grant autonomous rule to the country’s southern provinces, and thus enable the region’s inhabitants to manage their local affairs democratically, within the framework of the Kingdom’s unity and its sovereignty over its entire territory. The initiative also takes into account the specific economic and social features of the region and its inhabitants, which are basic components of Morocco’s rich, diverse identity.

Convinced of the need to be guided by a spirit of compromise and realism in resolving regional disputes, Morocco made tremendous efforts to come up with this ambitious initiative, building on a broad-based, participatory approach that involved all national stakeholders, especially the inhabitants of the Kingdom’s southern provinces. These efforts have been repeatedly described by the Security Council as serious and credible.

As elected officials, I am sure you realize more than anyone else that autonomy is the modern, effective answer to the aspirations of the region’s inhabitants for the achievement of reconciliation and the promotion of development as well as for a free, dignified life in a stable, secure environment.

Morocco’s continuing involvement in the process of decentralization is reflected, in particular, by the gradual expansion of the mandate of local authorities and of their area of competence in order to enable them to discharge their mission in an optimal manner. It is no longer acceptable today that central governments should have exclusive authority in defining development strategies for local communities.

To give concrete substance to the principle of democratic management of local and regional authorities and institutions, as stipulated in the Kingdom’s new Constitution, we have moved from traditional administrative oversight of the work of local authorities to enhanced a posteriori administrative and financial controls. This should give more leeway to local authorities in terms of decision-making, thus promoting responsible autonomy and compliance with the rule of law.

“It is no longer acceptable today that central governments should have exclusive authority in defining development strategies for local communities.”

Aware of the tremendous responsibility incumbent upon local and regional actors in the process of building good governance within their territorial boundaries at the economic, social and development levels, I have, time and again, urged the government to provide local authorities with the necessary legal, financial and human resources, so as to enable them to fulfill their mission with respect to promoting development and consolidating outreach services. This has become an urgent demand which requires an appropriate response and needs to be placed at the heart of local public policy.

In order to build on the democratic achievements of our country and come up with a new vision for building modern institutions, based on the active participation of all components of society, I have also been keen to mainstream a gender perspective in public policies so as to empower Moroccan women and enhance their contribution as well as their role as key players in all fields.

At the same time, we have opened up vast prospects for young people to participate in politics, use their genius and competence in the management of public affairs, and play an active role in all sectors of public life.

The capacity of local communities to rise to the challenge of sustainable local development hinges on their ability to cooperate and create solidarity mechanisms, as well as better channels for consultation and the exchange of ideas and expertise. To do so, they have to be actively involved in cooperation and partnership networks and systems, locally, regionally and internationally.

As part of the comprehensive approach I believe in for the improvement of the citizens’ quality of life, the National Initiative for Human Development I launched in May 2005 has been a model project in terms of public policies aimed at correcting the imbalance between regions and neighborhoods suffering from poverty and vulnerability, by targeting more coherent, sustainable development. Human development has been placed at the top of national priorities and considered as the main challenge with respect to promoting democracy and achieving development. A new approach to social work has been adopted. It is based not only on participation and partnership, but also on efficiency and accountability, an approach that is fully in line with the principles of your organization as well as with the Millennium Development Goals.

The Kingdom of Morocco shares your organization’s legitimate goals and aspirations for local communities to live in peace and tranquility. It also fully supports the strategy aimed at consolidating the organization’s role in international governance through the United Nations. My country also supports all initiatives upholding the principles of decentralization and local democracy, which are a legitimate demand shared by all nations.

Furthermore, Morocco fully backs the conclusions of your organization’s third Congress, held in Mexico City, which call for culture to be considered the fourth pillar of sustainable development, after economic progress, social integration and environmental balance. Indeed, economic, social and environmental challenges are not the only issues at stake. Creativity, knowledge, diversity and refinement are also essential components of any dialogue to achieve peace and progress.

I am confident this important conference will adopt practical approaches and come up with proposals and recommendations that will help achieve the objectives set by your organization and that will, no doubt, contribute to strengthening communication channels and cooperation between local communities and local authorities, giving fresh impetus to local governance and improving the management of local affairs, in order to fulfill our peoples’ aspirations.

I am sure you will be thinking about the best solutions for dealing with local issues and identifying the most efficient means and practical tools to promote governance in addressing urban affairs.

These are expectations that must be fulfilled in order to rise to the challenges facing local communities, most of which are related to their role as economic actors. Just like the state, local authorities are expected to attract investment which can create wealth and job opportunities, improve citizens’ quality of life and contribute effectively to solving economic problems.

The considerable flexibility enjoyed by local authorities will undoubtedly help local communities carry out this important mission in the best way possible, especially through mechanisms for promoting their respective regions and their potential, as well as through informal diplomacy. The aim is to bring States closer, boost solidarity and brotherly relations between nations and create decentralized cooperation between local, regional and global elites.

Ladies and gentlemen, I welcome you, once again, to Morocco, your second home. I pray that the Almighty grant you success in your endeavors.” 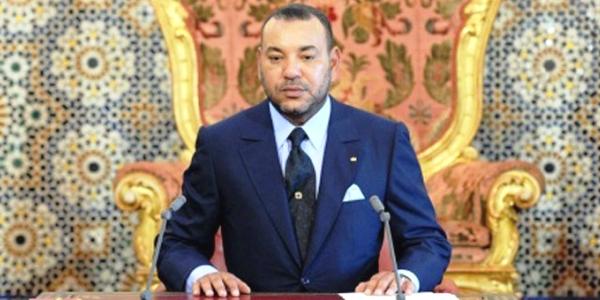